The Mediterranean diet: an “evergreen” diet

The rising incidence of obesity in worldwide is associated with several serious medical complications, including cardiovascular disease, type 2 diabetes (T2D), hyperlipidemia, hypertension, and nonalcoholic fatty liver disease (NAFLD) (1,2). This constellation is also recognized as the metabolic syndrome and is characterized by underlying insulin resistance (IR). In reality, the exact mechanism by which obesity promotes metabolic syndrome is not fully understood. 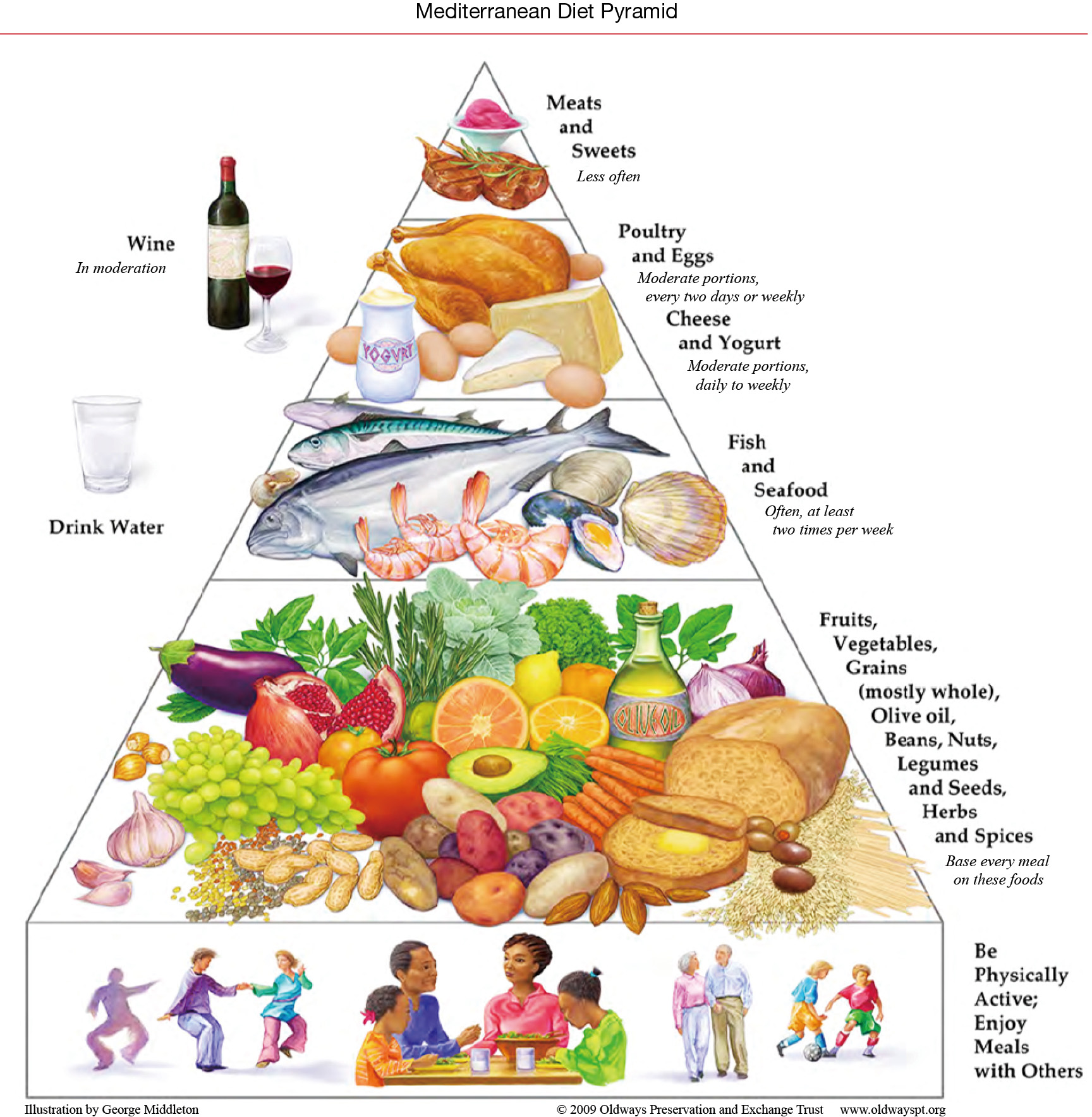 Olive oil may be the main source of fat and health-promoting component of the Mediterranean diet (11). There is preliminary evidence that regular consumption of olive oil may lower all-cause mortality and the risk of cancer, cardiovascular disease, neurodegeneration, and several chronic diseases (12).

Furthermore, a dietary intervention consisting of a Mediterranean diet could delay or slow down the natural progression of NAFLD, thus, being beneficial for its prevention and treatment, as showed by Cueto-Galán et al. (13).

The human gastrointestinal microbiota functions as an important mediator of diet for host metabolism. Thus, the intestinal microbiota might be selected on the basis of the diets that we consume, which can open opportunities to affect gut health through modulation of gut microbiota with dietary supplementations (14).

A simplified way of eating healthily by excluding highly-processed foods, is presumed to be the Paleolithic diet (a diet based on vegetables, fruits, nuts, roots, meat, organ meats) which improves IR, ameliorates dyslipidemia, reduces hypertension and may reduce the risk of age-related diseases (16). Whalen et al. (17) suggest that diets closer to Paleolithic or Mediterranean diet patterns may be inversely associated with all-cause and cause-specific mortality.

Following a Mediterranean diet has many benefits, but there are still a lot of misconceptions on exactly how to take advantage of the lifestyle to lead a healthier, longer life. There is an apparent importance of healthier lifestyle habits including physical activity and adherence to the Mediterranean diet also among children and adolescents, as reported by Martino et al. (18).

Our knowledge of the pathological consequences of lack of adequate exercise on adipose tissue, skeletal muscle and the liver is improving, and this will help establish more specific guidelines for the proper exercise regimens that will improve underlying metabolic pathways (19). Environmental factors that discourage physical activity include an environment that encourages automobile use rather than walking (like lack of sidewalks), and that has few cues to promote activity and numerous cues that discourage activity (television, computers, etc.) (19).

Either way, in 2013, UNESCO added the Mediterranean diet to the Representative List of the Intangible Cultural Heritage of Humanity of Italy (promoter), Morocco, Spain, Portugal, Greece, Cyprus, and Croatia (20). It was chosen because “The Mediterranean diet involves a set of skills, knowledge, rituals, symbols and traditions concerning crops, harvesting, fishing, animal husbandry, conservation, processing, cooking, and particularly the sharing and consumption of food.” (20).

Our feeling is that the Mediterranean diet remains an “evergreen”, is the appropriate word, diet.